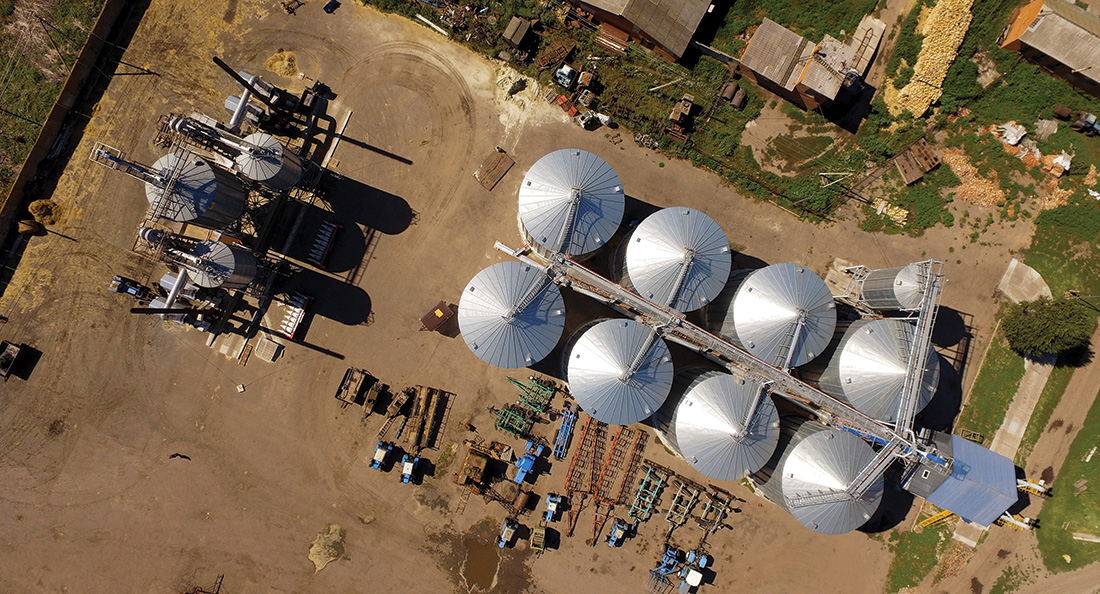 The explosive nature of grain and flour dusts is well-documented, with some of the worst industrial accidents in the world caused by explosions from dust clouds. Research published in the United States additionally reveals that 50% of all explosions from combustible dusts in the 20th century occurred in grain silos and flour mills1.

Dusts from wheat are particularly dangerous, as the source of heat required to ignite them is minor. Not only are accidents relating to static electricity common, and can cost businesses millions of dollars in equipment and production losses, they also pose significant risks to workers.

This is why it is so important that the componentry on food and beverage (F&B) applications that involve the handling of grain and flour, are designed to dissipate static electricity. Just as recently as May 2018, a flour mill in New South Wales experienced an explosion that left one worker injured and a whole section of the mill seriously damaged2.

Moreover, safety codes for the avoidance of hazards due to static electricity are vital and are constantly updated in industrial environments3. The international standard ISO 9563:2015 defines the requirements for antistatic synchronous belts in the workplace, specifically for new belts intended to be used in an explosive atmosphere or in situations where there is a fire risk4.

According to Steve Hittmann, who is the National Product Manager for Mechanical Drive Systems and Belt Drives at CBC Australia, the electrical resistance of synchronous belts used in F&B applications that handle grain or flour in their processing, cannot be understated.

“Components like roller chains simply cannot be used in these environments. A roller chain is metal to metal and produces sparks. But even a standard timing or V-belt will produce static electricity,” he explains. “Combustible dust in any food and beverage plant that involves baking or the handling of grain is a real hazard. And while there are a number of synchronous belts available for power transmission in these applications, the industry-leading Gates Poly Chain® Carbon™ Volt® belt is by far the safest on the market.”

Importantly, Hittmann points out that the ISO 9563:2015 is limited to new belts only. Despite this, the Gates Poly Chain® Carbon™ Volt® belt holds to the standard over the entire lifespan of a belt.

“Antistatic power transmission belts should not just be meeting this standard when they are new. That poses a significant risk to any ATEX (ATmosphere EXplosible) environment,” Hittmann states. “To ensure the highest level of safety, their capacity to safely dissipate static electricity should meet those ISO 9563:2015 requirements over the lifetime of the belt.”

Iain Street, the Business Development Manager of Power Transmission for Gates Australia in NSW, concurs with Hittmann’s statement. He further acknowledges that the Gates Poly Chain® Carbon™ Volt® belt is the only belt to actually meet this level of safety.

“The Gates Poly Chain® Carbon™ Volt® belt is the only belt on the market that meets the ISO 9563:2015 standard over its complete lifespan,” he explains.

“Industry standards don’t define the used belt conductivity, and typical rubber belt conductivity declines rapidly with use. The safety risks of this in volatile environments – such as those common to F&B applications that involve the handling of grain or flour – are very significant.”

The Gates Poly Chain® Carbon™ Volt® features patented static-conductive fibers that safely transfer static electricity to carbon tensile cords – away from the driven side of the application. According to Street, this makes it the “safest and strongest option for applications in ATEX environments.”

“No other rubber or polyurethane belt can match it,” he further asserts. “As part of the world-recognised, industry-leading Poly Chain® belt system, the Carbon™ Volt® also offers the advantage of higher horsepower, reduced drive size and lowered component costs.”

As a national distributor of Gates Australia, CBC also work together with the Gates engineering team to ensure that Volt® belts are properly installed and working at their optimum.

“It’s a partnership through and through,” explains Hittmann. “We’ll consult with Gates engineers on the correct design and tensioning of the Volt® belts, using the Gates DesignFlex® Pro™ software. We’re also committed to the safety of our customers in their workplace, so making sure these are set up right is of utmost importance.”

1. Cause and prevention of dust explosions in grain elevators and flour mills: https://www.sciencedirect.com/science/article/abs/pii/0032591073800762