Belting the chain in plasterboard 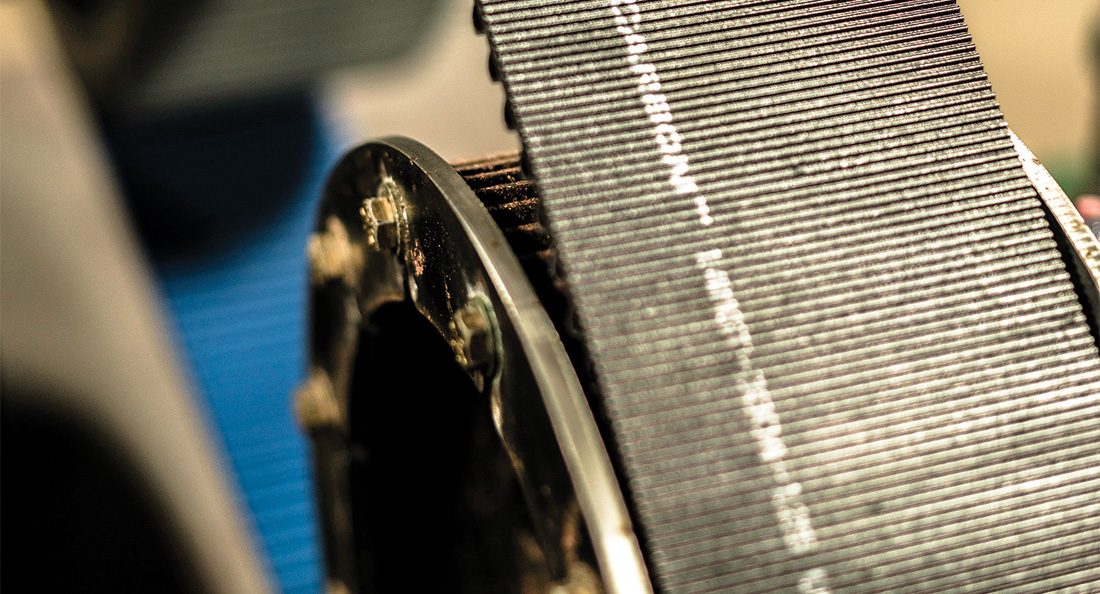 19 Dec Belting the chain in plasterboard

When a piece of equipment fails, not only does it usually require costly repairs, but it also often shuts down production.

This can lead to flow-on costs that build up the longer it takes for the problem to be solved, and in a competitive manufacturing market such as the building materials sector, it can be a cost that some simply cannot afford.

Plasterboard is one of the most popular building materials for interior walls and ceilings, and manufacturing it usually requires an advanced production line. Stages of its production include the creation of a slurry, which is then spread, formed and folded before it is hardened, cut and dried.

If at any point during this production process a machine breaks down, the entire process could grind to a halt.

This is why he says the Gates Poly Chain® GT™ Carbon™ synchronous belt has been popular in the plasterboard industry.

“Because roller chains are usually coming into contact with other metal components, they need to be kept well lubricated,” he says. “Roller chains also need to be retensioned to avoid them from failing, which can be costly in terms of downtime and labour.”

“Poly Chain® GT™ Carbon™ belts require no lubrication, no retensioning and are resistant to chemicals, oil, pollutants and abrasion,” he says.

“This slashes the amount of maintenance required to keep machines running to almost zero – once you install it, it’s set and forget.”

Polyurethane is also much lighter than metal, meaning that Poly Chain® GT™ Carbon™ belts weigh around 96 per cent lighter than the equivalent length of roller chain, reducing the potential for fatigue, strain and risk of pinching.

In areas of transition on a production line, such as those in plasterboard manufacturing, using Poly Chain® GT™ Carbon™ reduces maintenance in areas that are hard to reach or where the environment needs to be kept clean.

O’Brien says the technology and development of polyurethane timing and synchronous belts has come a long way since they were introduced 15 years ago.

“Poly Chain® GT™ Carbon™ is the most advanced timing belt on the market today,” he says. “Back in the early 2000s, this kind of belt wasn’t as easily available or as trusted.”

“Now, with the progress that Gates has made in its products, polyurethane belts can be used in a wide variety of different applications and processes.

“The market has responded positively to this and has been opening up to the idea of using Poly Chain instead of roller chain.”

Gates distributes its power transmission products through CBC and the two companies work closely to ensure the Australian market is supported with engineering and after sales support.

CBC operates more than 35 branches around Australia, with each employing qualified product managers and engineering support teams to provide everything from design, installation and fitment.

The company can also provide extended support for those looking to redesign their plant to reduce downtime in the most efficient way possible, alongside offering training for maintenance staff and close support.

O’Brien says most of the branches carry their own stock range, supported by major distribution centres on the east and west coast.

“Gates and CBC have had a strong relationship since the early 90s and both have grown over that period,” he says.

“We’re forever looking to extend this in Australia to provide the best value to customers.”