A belt for the toughest jobs

Home > News  > A belt for the toughest jobs 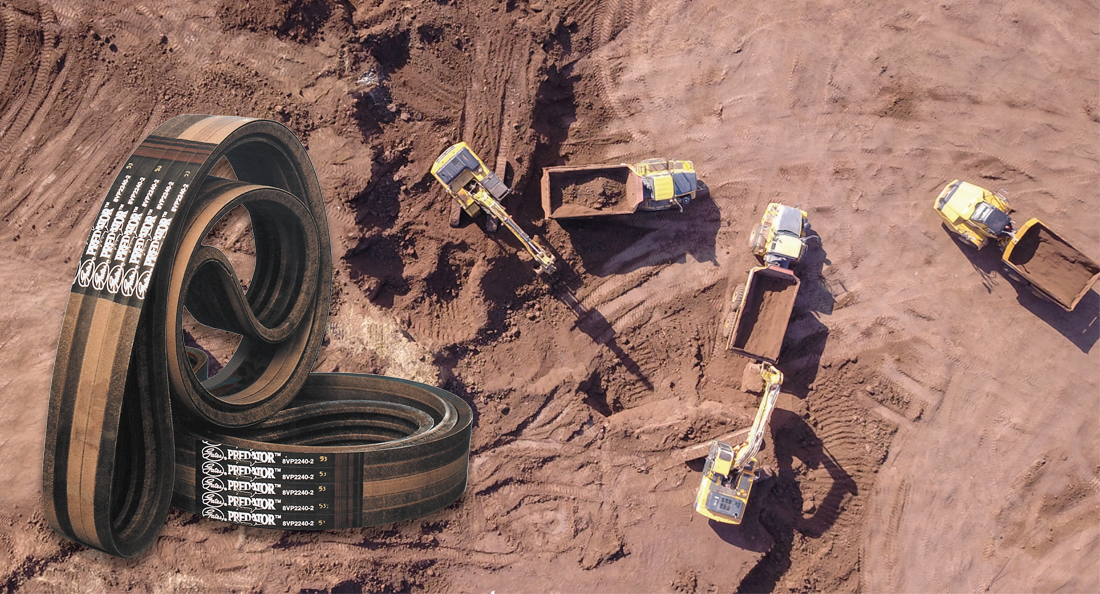 28 Sep A belt for the toughest jobs

McLennan Earthmoving in South Grafton of New South Wales is a key supplier of quarry products, including granite aggregates and industrial sands, to major civil and infrastructure projects in the region. With a large fleet of trucks and earthmoving equipment, the family owned business also delivers a wide range of civil construction and site preparation projects to the local community.

BSC Grafton Sales Representative, Colin Johnson, says BSC has been supporting McLennan Earthmoving with their product requirements for as long as he can recall. “I have been working with BSC for nearly 23 years now and McLennan has been among our top customers for all of that period.”

As a distributor, Colin says BSC’s role is more than simply selling products to their customers. “Our job is to make sure our customers have access to product improvements to help them get maximum life from their equipment and experience fewer maintenance-related issues.”

One such improvement was recently proposed by the BSC team when McLennan was experiencing frequent drive belt failures in their crushers. The solution by BSC was to upgrade the drive belts to Gates Predator® v-belts to achieve better efficiency and product durability.

Ben Warwick, Quarry Manager at McLennan Earthmoving, says since switching to the Gates Predator® belts, there has been significant improvement in the belts’ performance and durability.

“The belts we were using for our crushers were either slipping or getting heated up or breaking down. We had to replace them every three months or so. Since switching to the Gates Predator® v-belts, we are getting 12 months or even more of service life,” says Ben.

The improved performance of the Gates Predator® belt, as Colin explains, is a result of multiple design and manufacturing features that give the belts their higher load carrying capacity and slippage-resistance.

“The double-layer fabric cover reduces friction and heat build-up and prevents the belt from breaking under heavy loads, such as those in a crusher. The aramid (Kevlar®) cords in the belts also means they can take very high loads without stretching.”

The added benefit for McLennan Earthmoving’s quarry is a feature offered by Gates to tie multiple Predator® belts together into a PowerBand®. By tying multiple belts together, the solution provides more lateral rigidity, less jump on start-up and protection against vibration and belt rollover.

“The best thing about the new belts is that they are banded together so that instead of having 12 individual belts on the drive, we now have three sets of four belts. This stops the belts from slipping and flipping over so that they can run better. It also makes our maintenance work a lot easier,” says Ben.

“Colin and the BSC team are excellent to work with. In the past, Colin has invited representatives from Gates to come and train our team to install and tension the belts correctly. They also showed us how to use the Gates belt tensioning and maintenance gear,” says Ben.

“The Gates maintenance kits have so many useful and handy tools that can assist the maintenance crew, even if only one person wants to align the pulleys or tension the belts. Gates provides these maintenance kits in multiple versions to suit any customer’s requirements and budget,” says Colin. “For example, the Gates 508C Sonic Tension Meter is a light and compact meter that offers accurate readings on all types of synchronous and v-belt drive systems. The Gates EZ Align® Green is a precision laser alignment device that allows a single person to quickly and easily align a belt drive.”

McLennan Earthmoving is currently involved with material supply to some major infrastructure projects, including portions of the Pacific Highway upgrade. Ben says he is looking forward to working with BSC to further upgrade the drive systems for crushers and other equipment.

“We have already upgraded the drive belts in our VSI and MVP450 cone crushers. We are now considering using the GatesPredator® v-belts in some more cone crushers, as well as in our mobile crushers,” he concludes.